There is this idea that batteries for electric vehicles are bad for the environment, right?

Not so fast. There are ways to extend their lifespan while making a positive contribution to the energy transition. In fact, batteries could even become key parts of urban ecology over the next few decades. It’s a complex but fascinating situation.
Learn more in this guide tailored to different levels of background knowledge.

Today, a lithium-ion battery has the same lifespan as the vehicle in which it is installed. The driver does not care about its charging capacity. But what happens afterwards?

The first option is to recycle the batteries at the end of their life. A seemingly obvious solution! And Renault Group has formed a partnership with Solvay and Veolia for this purpose.

But before recycling them, we can give these batteries a “second life” by using them for something other than powering a car. After all, even when it has reached the end of its useful lifespan for automotive purposes, it is estimated that a battery will still have around 70% of its capacity, or several dozen kWh, so it can still be used for many other purposes.

Given the volume of electric cars expected to hit the market in coming years, being able to extend their lifespan is essential. In 2020, sales of electric cars in Europe rose nearly 60% compared to the 2019 figures, according to a report by the European Automobile Manufacturers Association (ACEA). As “clean” cars and fleets of electric vehicles available on a carsharing basis become more common, batteries at the end of their lifespan will soon number in the hundreds of thousands.

Mobilize’s teams already have solid experience in managing the entire battery lifespan. They work with partners to design applications offering energy solutions for different needs, while extending the period of time the batteries can be used.

An initial solution is to refurbish them into other forms, with different powers and voltages. In this way, batteries formerly used in electric vehicles can serve as an auxiliary energy source. For example, a parked food truck still needs electricity to power its refrigerators and kitchen equipment. Why not use a separate battery for that? Even at home, a back-up battery can prove useful as a supply of cheap energy to use at peak times or in a place without an electrical outlet. Long before they need to be recycled, batteries that can no longer be used to power a car with sufficient driving range can still be used in many other areas.

According to McKinsey*, over the next few decades, “the strong uptake of electric vehicles (EVs) will result in the availability of terawatt-hours of batteries that no longer meet required specifications for usage in an EV.” But these batteries reaching the end of their lifespan for automotive use isn’t a problem – it’s an opportunity. The firm projects that “the second-life-battery supply [to the grid] could exceed 200 gigawatt-hours per year by 2030.”

One solution for seizing this opportunity on an industrial scale is stationary storage: grouping batteries from EVs in structured systems at dedicated sites to offer massive energy storage. The facility can be linked to the national electricity grid and offer real-time regulation of the gap between the production and consumption of energy in the grid. In this way, after around 10 years of service in a vehicle, the battery gets a new life for a similar period of time but in a stationary place, often in a container equipped and adapted specifically for this purpose.

With the Advanced Battery Storage (ABS), project launched in 2018, Renault Group was one of the first automotive manufacturers to realize the advantages of this solution of the future.

After small-scale experiments in Porto Santo, Portugal, Renault Group installed second-life and first-life batteries (for after-sales use) offering a capacity of 4.9 MWh at Renault Group’s George Besse plant based in Northern France. Later, in 2020, a second stationary storage site was opened in Elverlingsen, Germany, housing 72 Renault ZOE batteries for a capacity of 2.9 MWh. Rolled out in both France and Germany, Advanced Battery Storage is the largest stationary storage system that uses electric vehicle batteries. Eventually, this project – which is now part of the Mobilize ecosystem – is expected to reach a total capacity of 70 MWh.

Another example, Smart Hubs in the United Kingdom, is a large-scale project that demonstrates the clear benefits of this application. Renault Group has supplied it with 1,000 second-life batteries. At this facility, each container houses 24 Renault Kangoo Z.E. batteries and, depending on the demand and placement, can be used to power industrial and commercial sites, social housing or even, in an ironic twist, electric vehicle recharging stations! For that purpose, the container can be outfitted with solar panels for a truly virtuous circuit: old electric car batteries recharging new ones in a sustainable and low-cost energy cycle.

All of this proves the relevance of the model: electric cars will no longer simply reduce air pollution but also indirectly provide the resources to store renewable energy on a small and large scale, thereby making a positive contribution to the energy transition. This is the type of development that Renault Group’s creation of Mobilize promotes. Automotive manufacturers no longer aim simply to design and manufacture vehicles but also to help optimize the energy ecosystem as a whole. In this framework, whether in mobile or stationary use, electric vehicle batteries will have a central role to play over the coming decades. 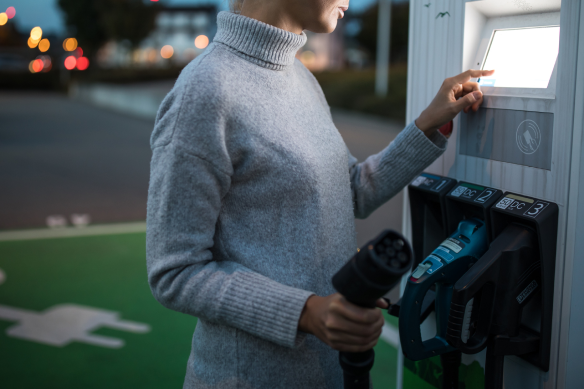 the green company goal: how to develop your transportation services with Mobilize 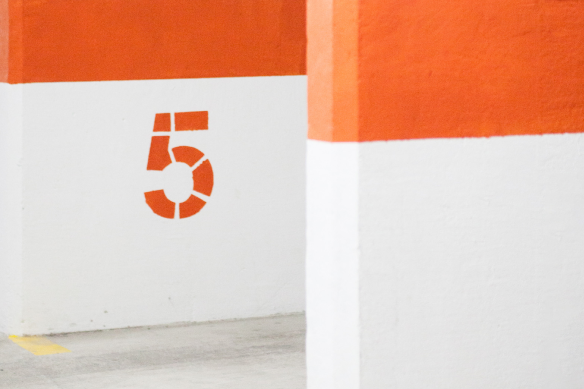 The technical aspects of electric vehicle technology may discourage private and public players who want to shift to carbon-neutral energy. As the European specialist in electric charging for corporate customers, Mobilize Power Solutions offers a range of services designed to make rolling out a fleet of electric vehicles easy. New charging points, prepaid badges, data… learn about Mobilize’s tips and solutions for more easily charging your electric vehicle anytime.